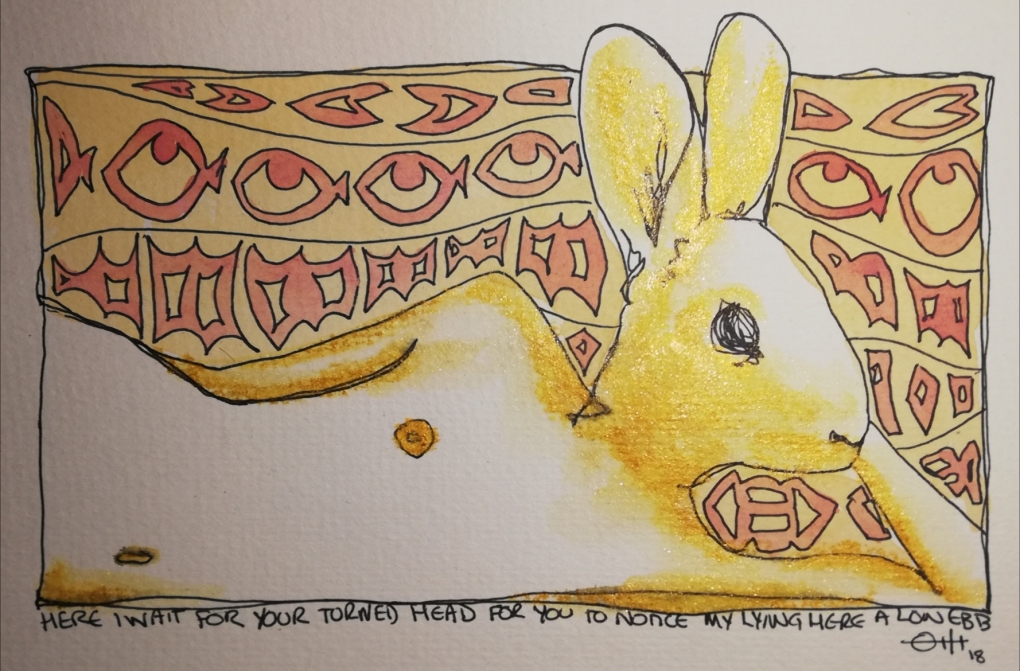 "Well, this makes it worth it!"

James pushed up next to her to see what she was looking at.  Through the bullrushes, down below was a plunge pool. The sound of the rushing water they had been trying to find for a while now was off to the left, probably the far end of the the pool.  It looked like a rock ledge was to the left.

"Let's push up and left a little then we should come out at that rock."

"What you guys got up front there?"

"We have found paradise!"

None of them moved for a moment, even though an end was in sight they were drained by the hour of pushing through the bushes and rushes continuously, while, it seemed, not going anywhere as the same hills seemed to be towering over them.  Hiking along the ridge had been easy, the hill rolled slightly so the walking was either slightly up or slightly down. There had been only... Read more...

Story Dots is a collection of stories and illustrations by Jules. The artworks and the stories are of an adult nature, only enter this site if you are happy viewing mature content