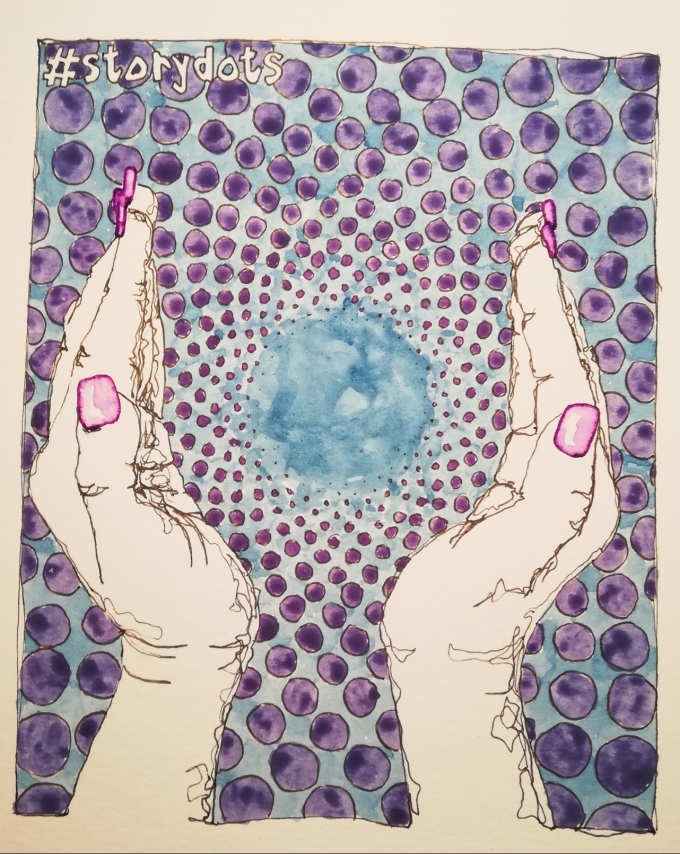 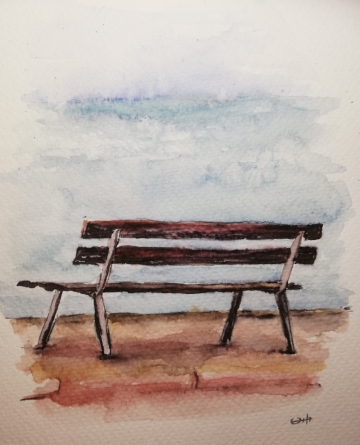 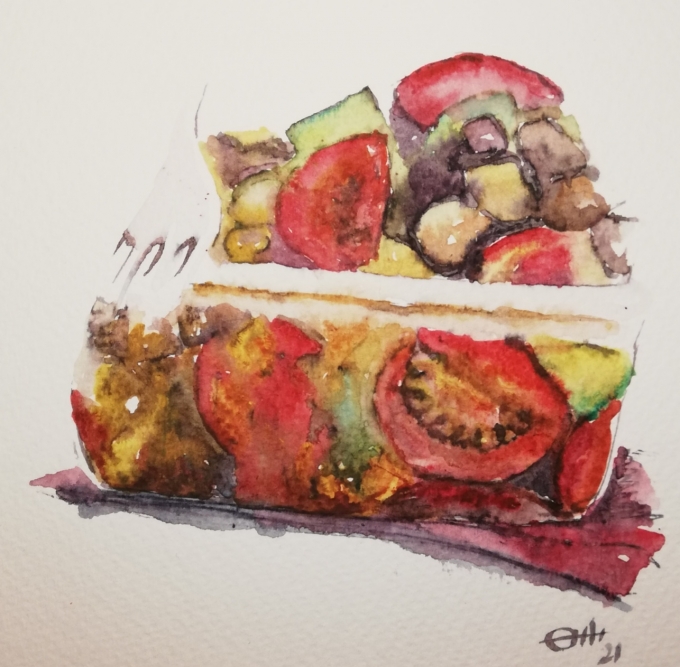 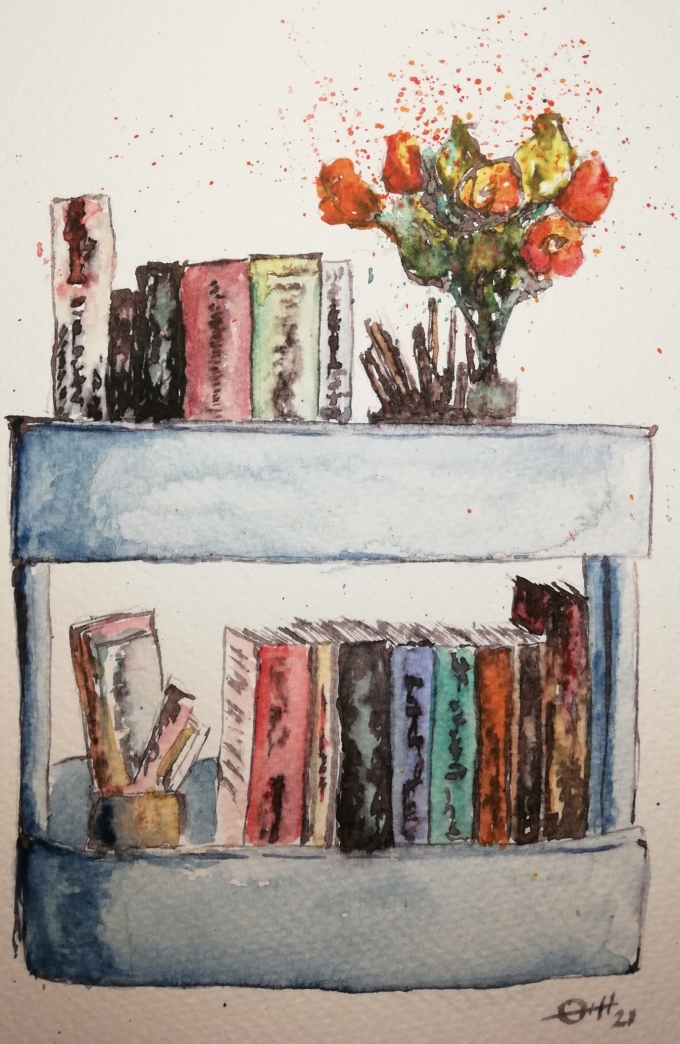 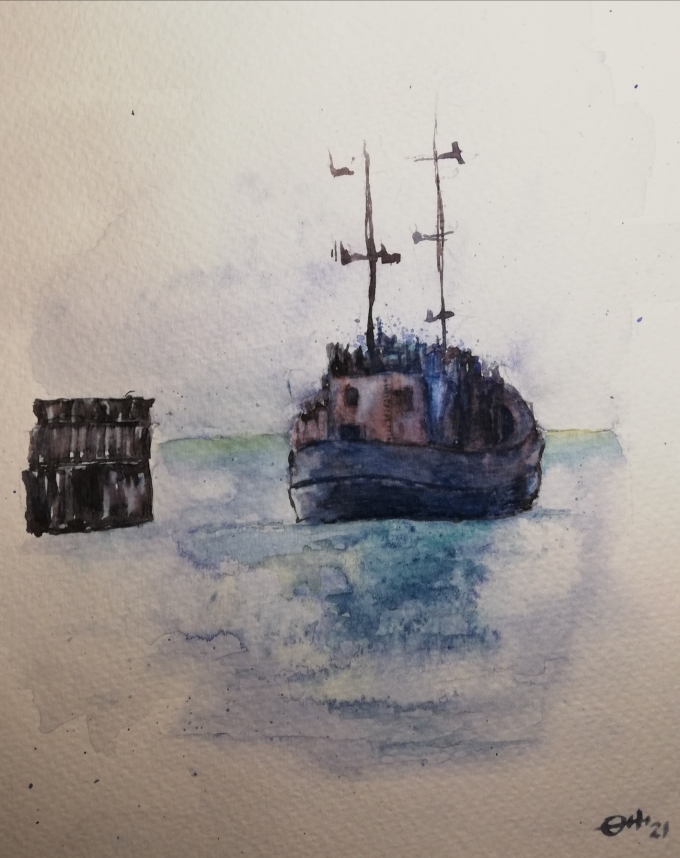 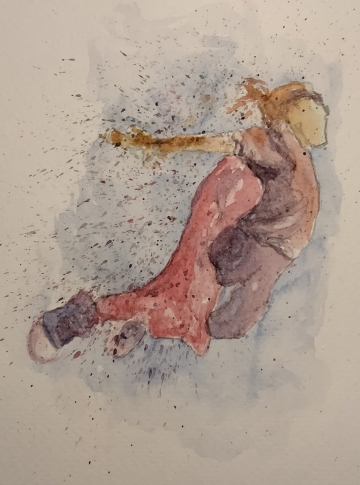 Awaiting Image
A picture of an odd couple eating their dinner quietly. 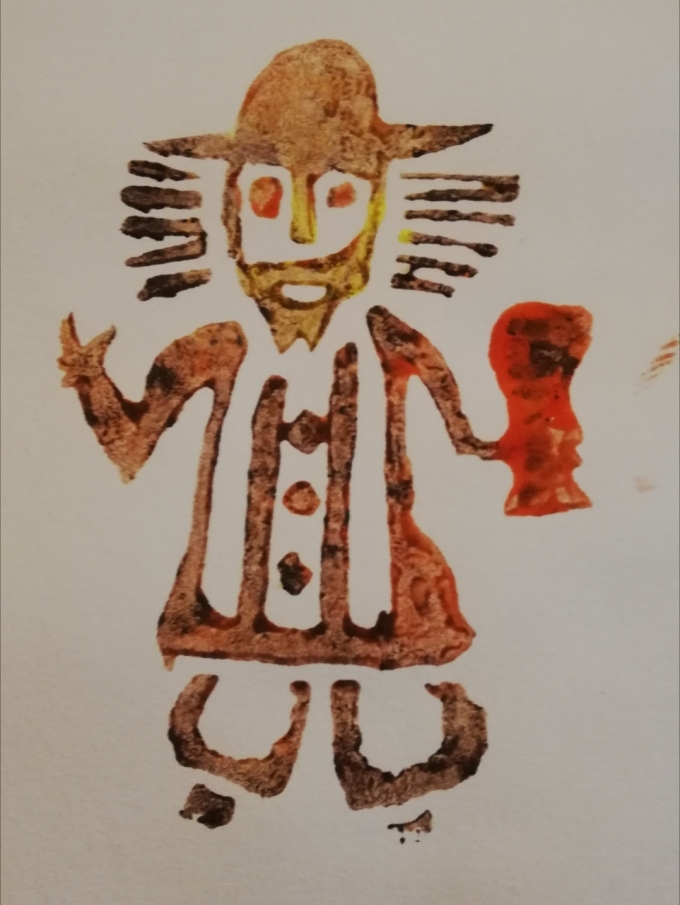 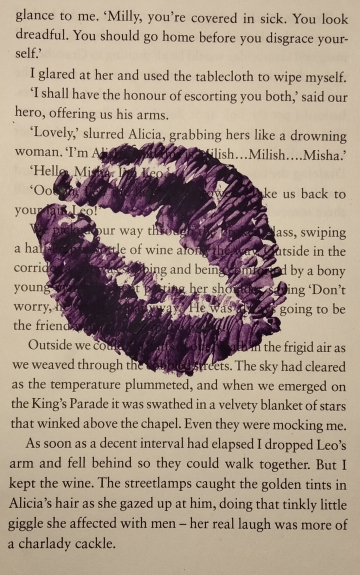 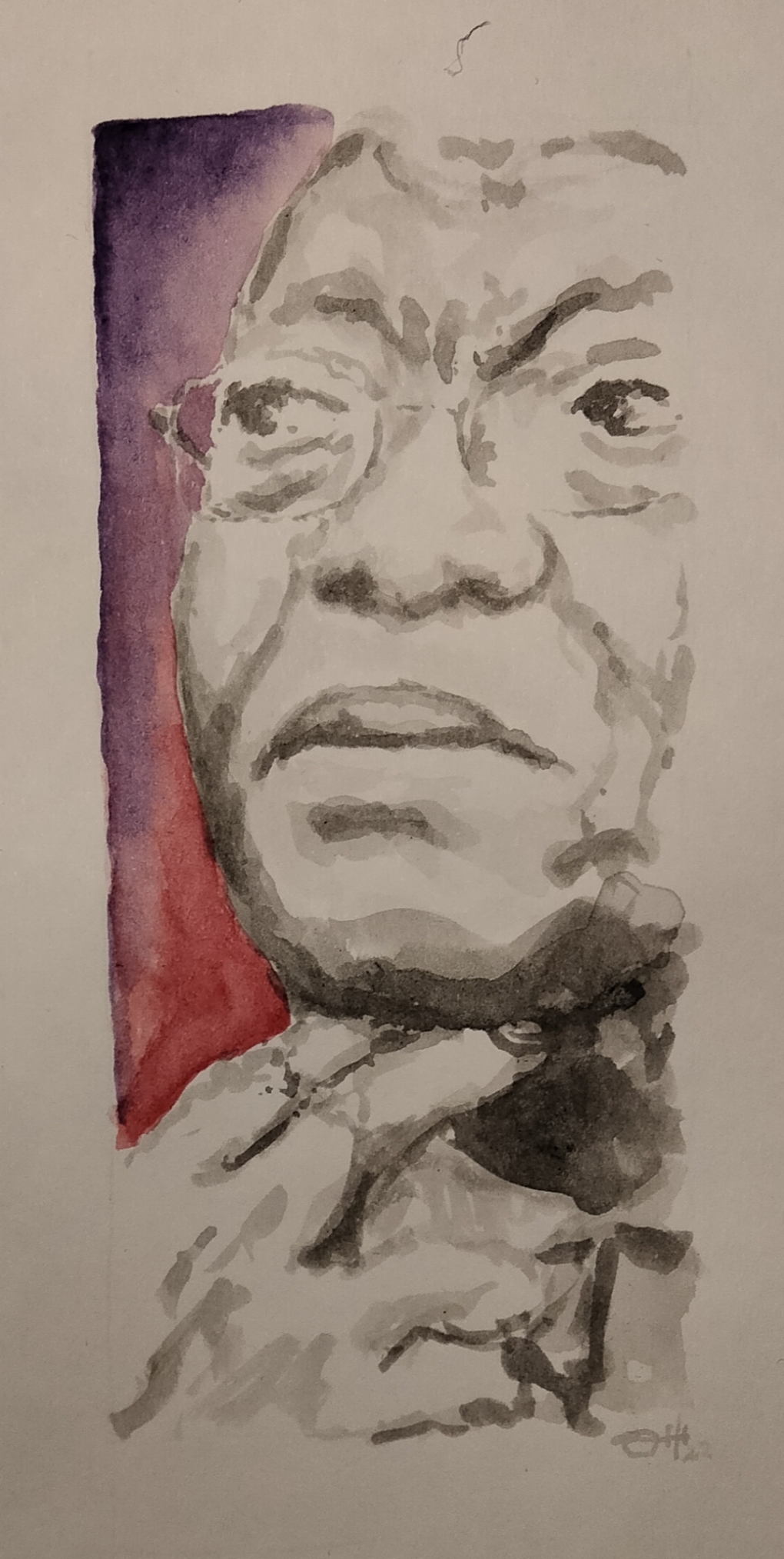