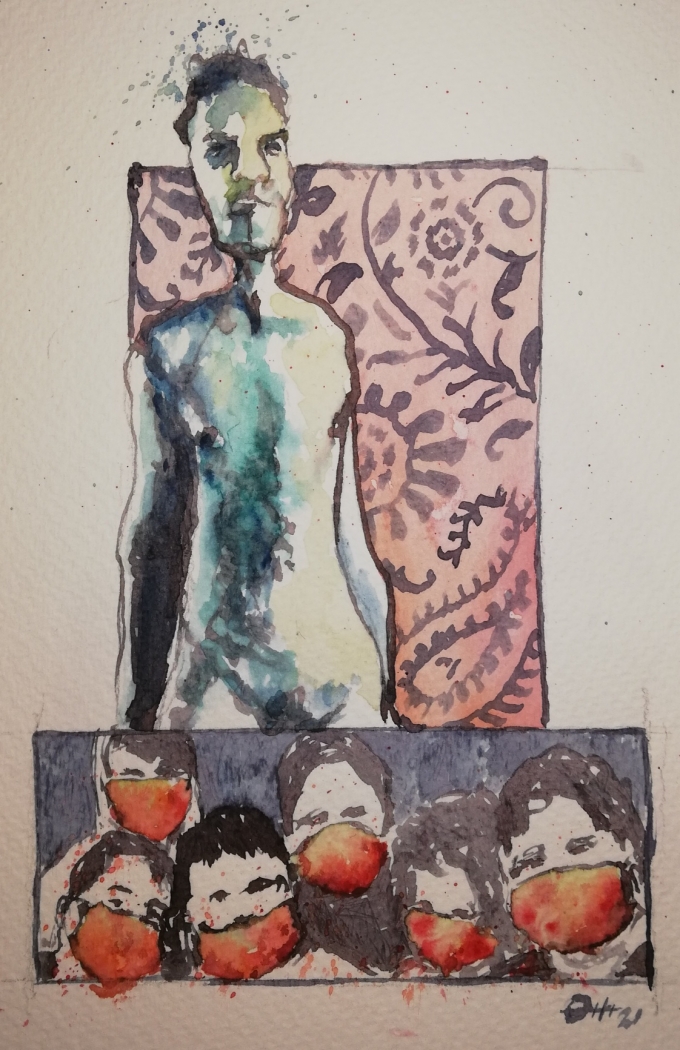 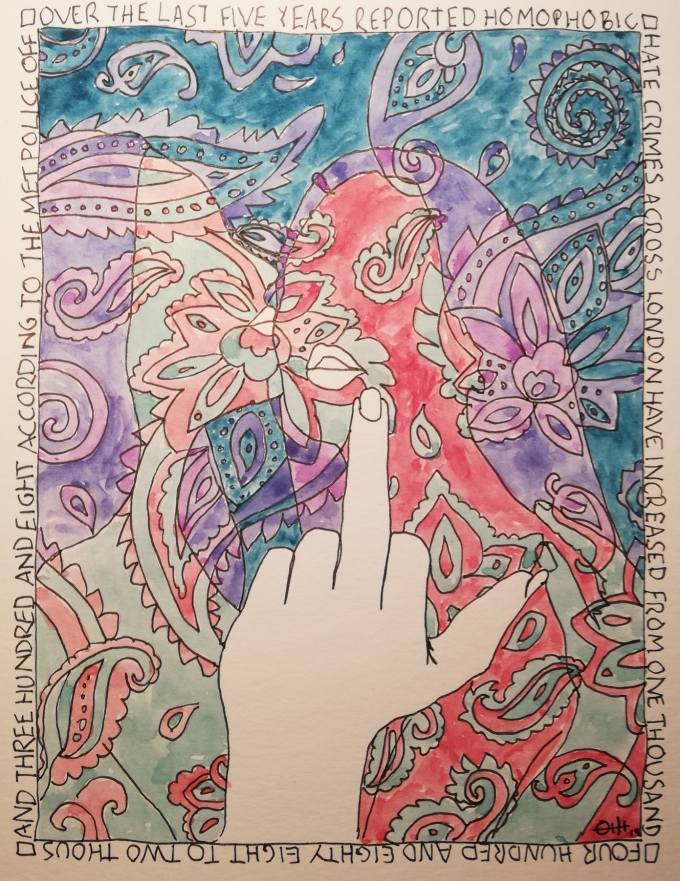 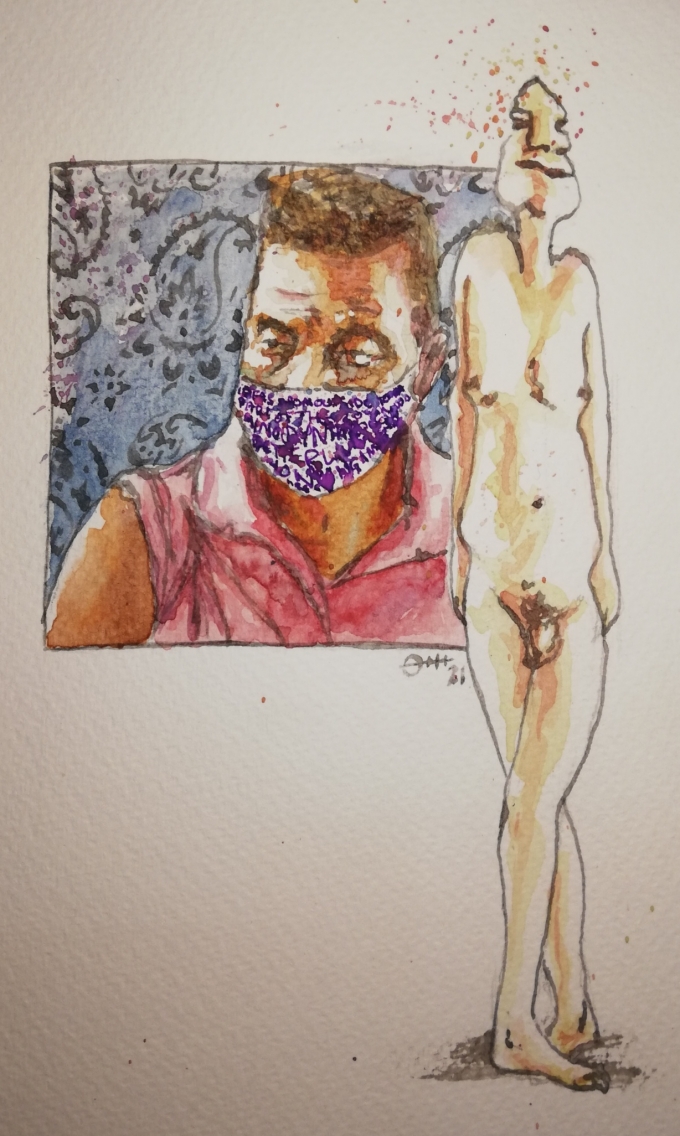 Aesop’s Playground seemed like a foreign country today, the quiet local pub was not what it seemed. Not in the way used in pod casts since the early days of the epidemic where commentators lament how our daily routines have changed, as if we were in a foreign country. No, visiting Aesop’s Playground today felt like I had felt when I first came to this country half a life time ago. More than half a life time now. This pub I was sitting in looked the same as it had the seven times I had been in it previously. Aesop was polishing a glass behind the bar counter. The old man was seated on the bar stool. He had a companion on the next stool, younger and slimmer but as disinclined to conversation as the man had been on his own. The table of three were silently examining their phones. The large group in the booth were noticeably quieter than usual. The group of kids were on their phones, teens usually are. And the youngsters near the door were quiet too. It was like when I stepped into the national gallery and saw the painting I was so familiar with from books. Familiar yet different. My previous visits and Martha's stories about the regulars made them feel so familiar. Yet as I sat waiting for Martha and James to arrive I realised the irony that the very stories that introduced some of the regulars to me, that made my weekly visits to the pub so enjoyable, also made the pub feel alien.

So I distracted myself by scrolling through the endless data available of death rates across the world.

James and Martha arrived at the same time. They took their time scanning in before James went to the bar and Martha came to the table. She was looking radiant in her beige cardigan showing her fine physique to its fullest. Her woolly hat kept her hair away from her smiling eyes. I could not help but smile back at her.

“I know, how do you manage to always look like you just won, um, something.”

“It is all smoke and mirrors.”

“Oh I don’t think so. I think it is something in your day that is making you shine.”

“We all need a little luck.”

James returned at this point, I hadn’t been watching but Aesop must have had his beers on the counter ready for him as he was so quick. And why not, this is Martha’s local, after all. Watching James sit gave me a moment to try to work out why Martha was telling me something was wrong with her fanny, or bowels.

“We were just talking about the shit going down in New Zealand.”

“I think it is fair enough, they were just taking measures to protect their virus-free status.”

“And it has left them on their own.”

“They should have made a deal like Iceland did.”

“Hell, if I had the money I was also want to buy my way into a virus-free place.”

“But I was reading most Icelanders have been fucked over by rampant inflation.”

“Yeah, but at least they are not being threatened by America.”

“Bad isn’t it. Surely they don’t really think New Zeland has found a cure but is keeping it to themselves. Makes no sense. They just had no visitors in years.”

“I think there will be a drone strike, then we will all find out it was just a cheese factory.”

“The world is bloody paranoid now.”

I watched James and Martha talk. They did not look at each other, no one likes eye contact when the conversation is about politics. I generally avoid joining conversations about politics but I realised I had something clever to add.

“They’re not refugees, they are a cruise ship of America’s wealthiest cult trying to start a war with New Zealand, just because they couldn’t bully their way to what they wanted.”

“Still, they shouldn’t have killed them.”

“They tried to take the building in the dead of night. Everyone had guns. It is bad but it happens.”

“No, I didn’t mean Builderberg nutters, I meant everything. The viruses. Life. This afternoon. When we look about we see sheep but really it is all wolves.”

“And so far each week we have had a little Aesop’s fable.”

“Yes, something that has taken our minds off the new new new normal.”

James and I both stopped talking at looked at Martha.

“Well, why not. Lets give it a go. An anecdote where something was not what it seemed. Let me see. I know a little story of first that is a bit like today’s conversation.

“As I have already mentioned, I’ve known both Edie and Ant for quite a while. And it has been quite a while since I asked them their first stories. A long time before all this, when we were allowed to sidle up to another’s table, buy them a drink and chat. It was possibly at the very table they are sitting at today, though the layout was different in the Before. We had all had quite a few and I popped my question about popping their cherry. Ant laughed an oh yes, and started telling his story.

“Many years ago he used to visit Edie after school, or on the weekend. When he wasn’t there he would be on the phone with her. That was how it was then, Ant stated, how-it-was is your first is always special. Doesn’t matter what happens after, he declared with a drunken lean across the table, you always have the first. Edie had lived with her dad, who was always at work and her older brother who was always off doing his own thing. So they could just do their own thing, but, he added, there weren’t that many times he went to hers. Her bedroom was off the living room: an old house in which her bedroom would have originally been a study, or a library, or something like that. It was the furthest from her father’s bedroom which is what teens like. But her father was never in so it didn’t matter. He couldn’t remember the day, the afternoon when it happened. He had been going to hers for quite a while by then. They had held hands. They had kissed. They had fondled. He had given her massages, she had liked that. Then one day it was the day. He had no idea if he suggested it or if she had. They had been kissing. Then he had been taking her clothes off. Then she had been taking his clothes off. Then just for a moment when they were both naked he had looked at the door to check it was still closed. And she had looked at the door too. He remembered that moment, his hesitation, her hesitation. Then as if she had been reading his hesitation she took control. She lay him on his back. She lay on him and their bodies were pushing against each other. And he had another moment, he panicked about how he would put his cock into her. Was his cock meant to know how to get in. Was he meant to know how a woman’s body worked. He had seen porn, just a little but enough to describe what had to happen, but he didn’t know how to do it. Once again she took control. She engulfed him and she went up and down and he went in and out and came. And he was overwhelmed with love. She said she wasn’t a virgin, that a wooden spoon had taken her virginity, but he had seen with his own eyes when his cock came out the dark marks that could only have been her blood. And he asked her if it was okay. If it had been painful. And she took a tissue to wipe his cock and said it was fine. Then he asked Edie: did we do it because you were going away?

“Edie didn’t reply, she talked for a bit about how she had gone to live with her mother on the other side of the country. It had been a very quick thing. Her brother had difficulties and her mother had taken them away. Just driven across the country, packed them in the car and took them away. She had written to Ant, but they hadn’t spoken for three years until she came back. And that was how the conversation ended.

“Now, you may be wondering where the deceptive appearances are, they came on another evening when I was chatting to Edie alone. She told me it was not the first time she had heard Ant tell his tale of losing his virginity, usually she let the story end there but this time she didn’t want me to think that was how it was for her. She trusted my integrity, that is what she said: she trusted my integrity. She told me the reason her mother had taken her and her brother away was because her brother told their mum she had been raped and their father had done nothing. It had been a couple weeks before she had sex with Ant. She had gone to her brother’s dealer to tell him her brother needed more time to find the money he owed. The dealer had hit her once then he had fucked her. She didn’t tell her brother, he found out from the dealer when he paid up. She denied everything at the time, it was only when her mum had years later cancer that she had told her the truth. She had not told the police. She had blamed herself, said it was her fault for going to the dealer in the first place. It fucked her up for years and every time Ant repeats that line about how special the first time is she wants to throw up. But she can’t say anything now. She said it would not do any good. And he hardly ever brings up the story any more. The only reason why he thinks she was a virgin was because she had put his dick in her arse for fear of getting pregnant.

“So yeah, that got a bit heavy but it was definitely a wolf in sheep’s clothing.”

“But they are still together?”

“Yeah. Years later. There at the table by the door. Hew is holding her hand under the table.”

I finished the last sip of the beer I had been nursing.

“Thank you, a story for our times. Or perhaps for any time. Anyway, I shall be off. Until next Tuesday?” 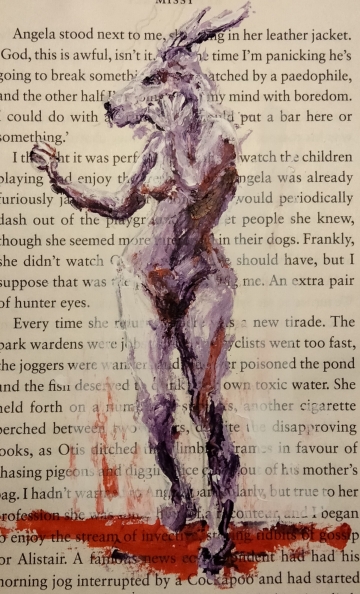 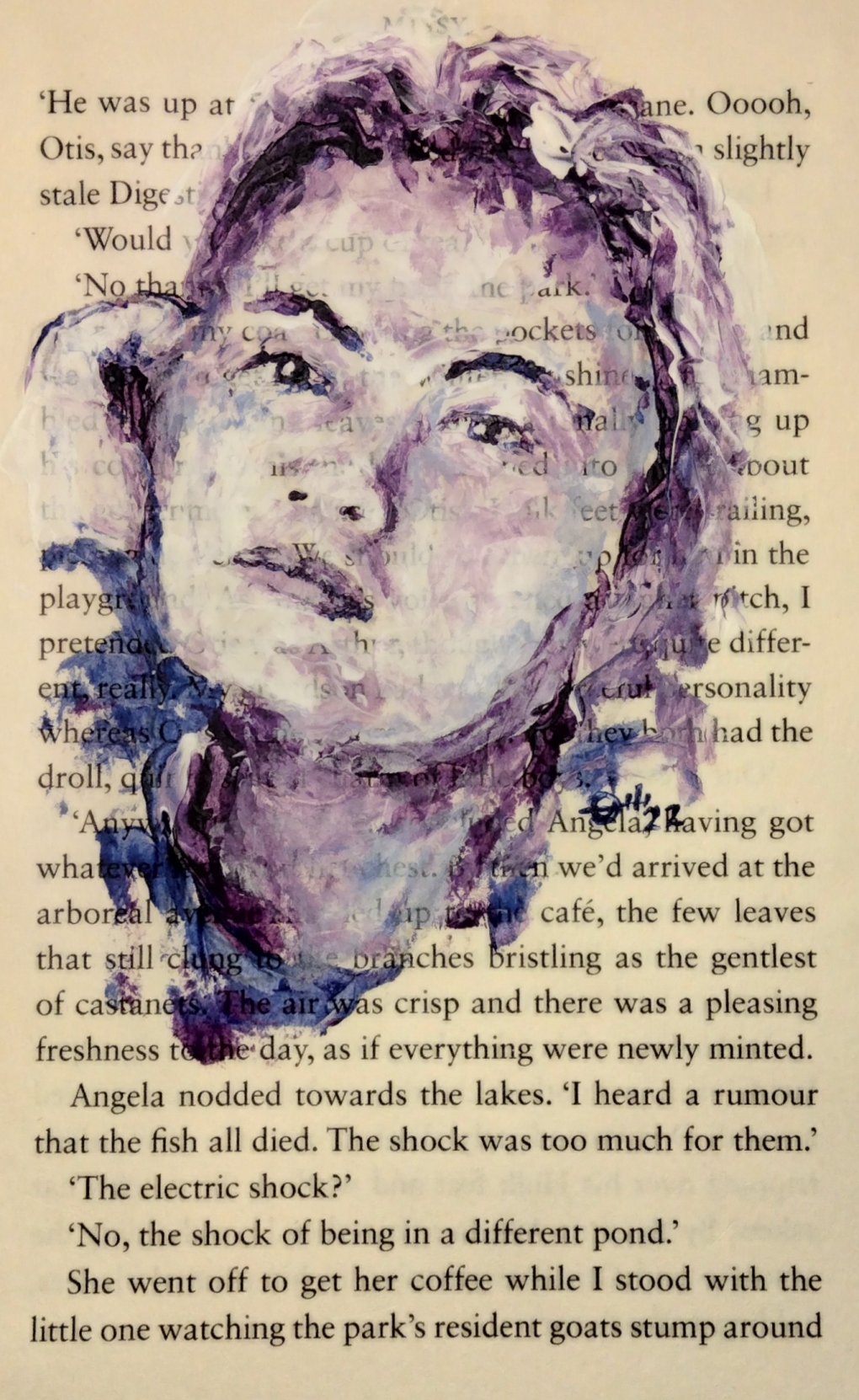